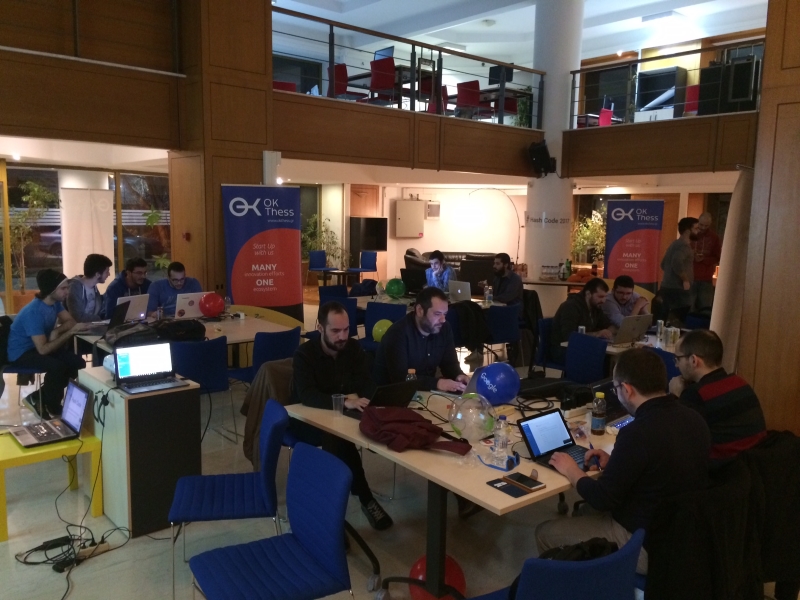 Over 26000 programmers from all over the world participated in 4th Google Hashcode – Google’s international competition inviting programmers from Europe, Africa and the Middle East to address one of the problems that Google software engineers address on a daily basis.

In the evening of Thursday 23 February the contestants gathered in the Google Hashcode Hubs around the world where in teams of 2 to 4 people attempted to optimise the way that the company uses to distribute videos to the users of YouTube.

The problem was announced at 18:30 and participants had at their disposal real data from Google and exactly 5 hour to propose an optimal solution. OK!Thess’s hub hosted 4 teams (MAO, Draxis, Team01, LinCoders) consisting of professional programmers and students. The total of 13 participants worked in a jazz rhythm until 23:30.

Explaining the problem, members of the Draxis team said: “Google take a regional approach when regulating movement to its servers. If it is detected that the users in region “Greece” watch a specific video often, this should be stored at a server close to Greece to serve users with a minimum of resources”